System for calculating the KOM points

In the above two years, all the KOM races were held on courses where the KOM line was also the finish line. In 2021 it was decided to award a KOM trophy to the first place getter for each grade.

Congratulations to the 2015 winner Ian Hyde 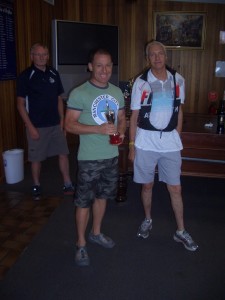